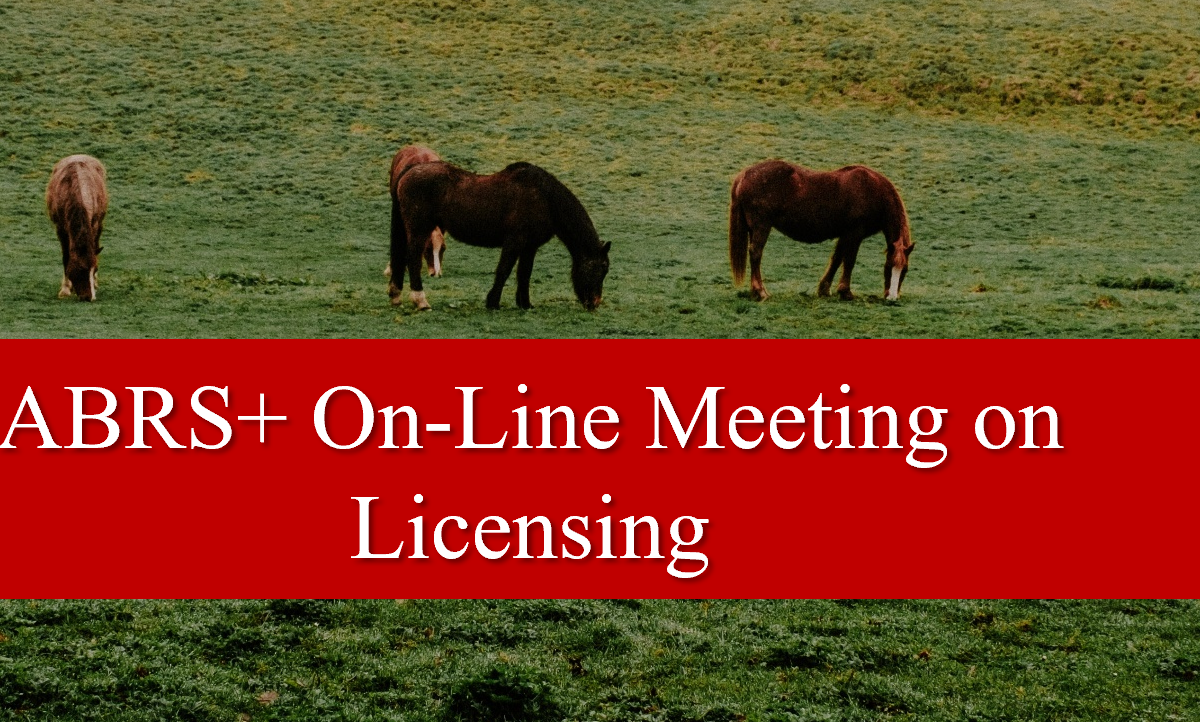 ABRS+ held an online meeting with Riding Establishment proprietors on Friday 22 Apr 22.  The meeting, one of a series that will be held in the coming months, commenced a review of the Council Licensing Regulations in England and sought proprietor views on what works and fails to work in the current licensing regime.  The aim is to create a consolidated view of the strengths and weaknesses of the Regulations.  ABRS+ will then engage positively with our colleagues in BE, BHS, Pony Club and RDA to develop an industry-wide position for when the Animal Welfare legislation is reviewed in 2023.  ABRS+ has already met with both BE and BHS to discuss how we might work together to develop and present this industry-wide position.

The meeting on Friday had time only to look at the introduction to the Regulations, but the following represents the comments received from those that participated:

The meeting was recorded and can be viewed at

The next meeting will be published on FB and the ABRS+ website.