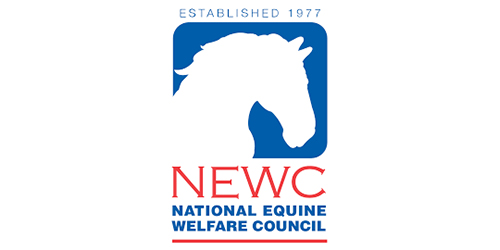 On 29 May,  I attended a meeting at Bransby Horses in Lincolnshire which was essentially a networking event for horse and pony welfare rescue charities. The idea was to exchange views, ideas and tactics to try and see what was successful and what not in the rescue and re-homing world.  The reason I was there as an ABRS trustee was first of all to show support for this work by the ABRS, but also to consider whether there was any scope for some sort of alliance or working together with charities and other re-homing bodies between riding schools and the re-homers.  I came to the conclusion that there may well be something we can do to the mutual benefit of our member schools and the re-homers.

For those who don’t know, Bransby is a very large, well-run organisation, with about 300 horses and ponies on site. They have recently bought a long- term project property about 15 miles from its Bransby village base on the outskirts of Lincoln. By long term, they mean a project of 20 -25 years. It cost in the region of £8 million pounds, which is a substantial sum to raise independently, mainly from donations, bequests and fun raising activities, besides the ubiquitous gift shop, tea room and café, charity shop and their second hand tack shop, which is responsible for me having more sets of bandages in a rainbow of colours than the Le Mieux catalogue.  Their premises are immaculate and entry to walk round with or without your dog is free, though donations are always welcome.

They take in almost any equine and there is a large focus on rehabilitation and re-homing so that a horse or pony can lead a useful life. They work with completely feral animals, usually, it has to be said, smaller ponies and though these more often end up as companion ponies because many just cannot be trusted as riding ponies, especially with children for whom they are most suited. However, if a pony just does not respond to rehabilitation because of true fear issues which cannot be overcome, they do take the hard decision to put them down.

Many of the other charities are similar – World Horse Welfare, Blue Cross, Redwings, though there are some smaller charities such as Hope For Horses.

What they all have in common is the welfare of equines.  What was interesting is that there is now some momentum behind the idea that the charities just cannot afford to go on “collecting” horses and ponies, partly due to the cost of keeping them, but partly due to the continuing increase in welfare cases.  It would be very easy for Bransby to keep on just buying more land and populating it with rescue cases, but even they could not do this indefinitely. I can remember Redwings opening many years ago when I lived in Norfolk and I recall being a little puzzled even then at their philosophy of not re-homing, as I thought it unsustainable.  So it turned out and now Redwings do rehabilitate and re-home, though retaining ownership, as do most of the charities.  The Blue Cross is experimenting with actually turning over full ownership to selected people, usually people who have had their ponies on loan before or for some time and who are unlikely to try to sell them on.  Having said that, even then, they say they would not abandon a rehomed pony if the owner’s circumstances changed, a situation where most of us would have to sell on ourselves.

There is some debate about this, as to whether retaining ownership means that loaners have a “get-out” clause which owners would not have, in that they know they can hand a “broken” pony back.  Out grown ponies who have had the benefit of a family home are welcomed and re-homed fairly easily, as happens in communities such as Pony Club, where a first ridden or lead rein pony is often passed around families to teach numerous children to ride.  Such ponies are worth their weight in gold.  But does it mean that loaners never understand the heartbreak of making that final decision for a loved horse or pony?

One topic for debate was whether the charities have the perception of making re-homing too difficult as they seem to want perfection in a home?  They say that they do have to make sure the horses and ponies are going to be looked after, which is fair enough, but you can buy similar ponies in need of TLC for £50 from most auctions and no-one asks any questions. Many of the charities provide excellent re-homing packs when their animals go out to a new home – but then some admitted that when they inspect the homes or when the ponies come back, some of the packs have not even been opened! I am not sure whether this means the ponies are going to knowledgeable homes anyway, or whether people THINK they know more than they might actually do.  There is a lot of thought gone into them though.

Another point was whether the charities dwelt too much on the drawbacks of their ponies when trying to re-home, when in fact, the ponies are no naughtier than those passed through any horsy family who know all the tricks. They say that they would rather those re-homing ponies knew as much as possible about them, so they can decide whether they can cope with whatever quirks they have. To many experienced families, the problem won’t really be problems at all and they will either work round them, as they may be used to, or have them ironed out in a short time due to their experience. A busy pony is a well-behaved pony!

So what of the ABRS in all this?  It has to be said that the majority of equines looking for homes are suitable for children or small lightweight adults and of those, most would be best suited to experienced homes where their quirks can be coped with.  As long as they don’t present a danger, some little personality characteristics are no bad thing in a pony and can be a learning experience.

And where do we know where there are lots of children and experienced adults to teach them? Riding schools.

From the school’s point of view, they get a pony who has been thoroughly vetted and rehabilitated as far as possible in sympathetic and experienced hands. They know as far as possible what they are getting.  They get the opportunity to bring that pony on and demonstrate what rescue ponies can do. Children learn about the problem of welfare issues and how they can be addressed -or not.  The pony can become a character in his or her own right and can be used to publicise the school, especially if out competing.

From the charity’s point of view, they get a pony going to an experienced home and a place freed up for another in need.  The pony becomes an ambassador for the charity and promotes the charity and welfare issues.

From the pony’s point of view, it gets a good home, keeps busy and gets lots of attention.  Some ponies can never leave the confines of the charity’s land because of health and behaviour issues. This is not to say they mind that, not as long as there’s grass, anyway, but some ponies do seem to thrive on work and enjoy being part of everything.

What we would like to do is see what the reaction of our members is to the idea of taking on a rehabilitated pony (or two – or three) and working in tandem with the charity to promote it through the pony where possible. Then we could approach the charity concerned and get their response.

If you think this is the sort of thing you might be interested in, please let us know and we’ll see whether we can take this idea further. Contact the ABRS office for the attention of Brenda Gilligan.