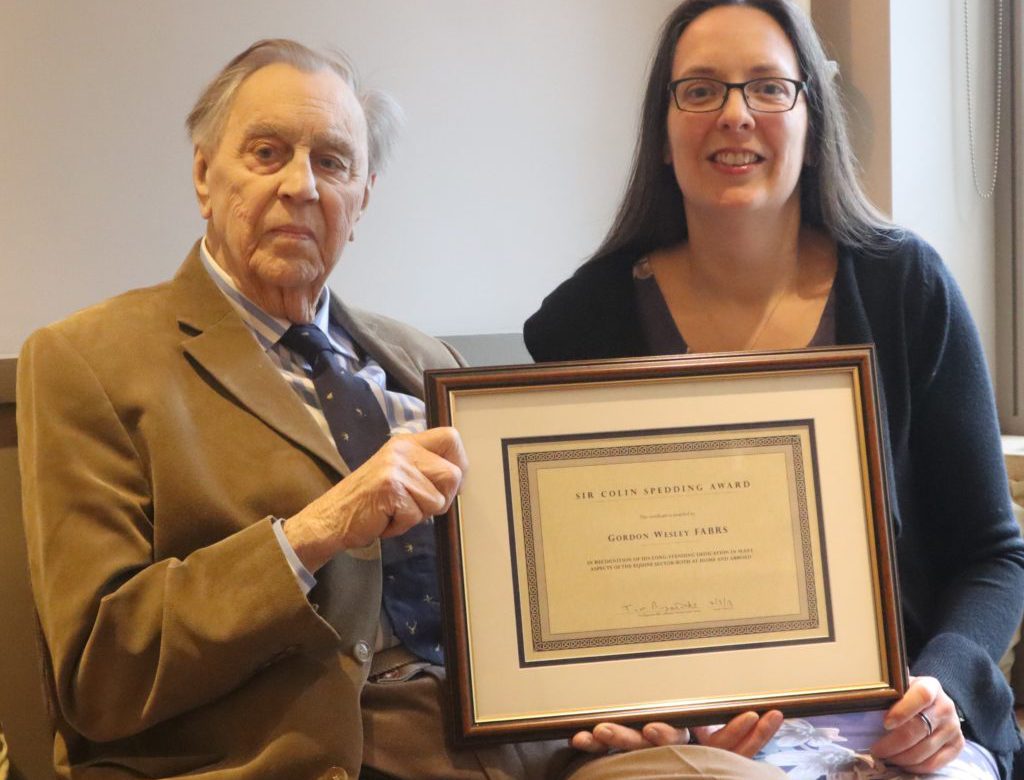 It is with great sorrow that we hear of the death of  Gordon Wesley .  Aged 91, he received well deserved recognition for his contribution to the Equestrian world, by being the recipient of the Sir Colin Spedding Award 2019 .

He joined the ABRS in 1976 and he has been a loyal volunteer for 42 years. He was Chairman of every Committee up until 2009. He still worked at the age of 90 as our Moderator for exams, he had clear values and  strict principles, so he didn’t suffer fools gladly  and many ABRS members (and chairmen!)  have received ‘a letter from Gordon’, pointing out some misdemeanour! But always offering advice too.  He was an ABRS Life Vice President.

Alongside his time with the ABRS, he became a founder of the Jeffress Scholarship Trust (holding the Chairmanship three times) and had been a Trustee for a total of 23 years. He worked tirelessly even in recent poor health, to help trainers/coaches to achieve their goals by being awarded scholarship bursaries, to improve their coaching expertise and thereby improve their career prospects.  His strength of character showed when although very poorly he managed to attend Trust meetings and showed that he was keeping abreast of recent developments.

Gordons immense knowledge of the equine world and his keen (some would say wicked) sense of humour will be greatly missed.  The horse world is a poorer place for his passing.