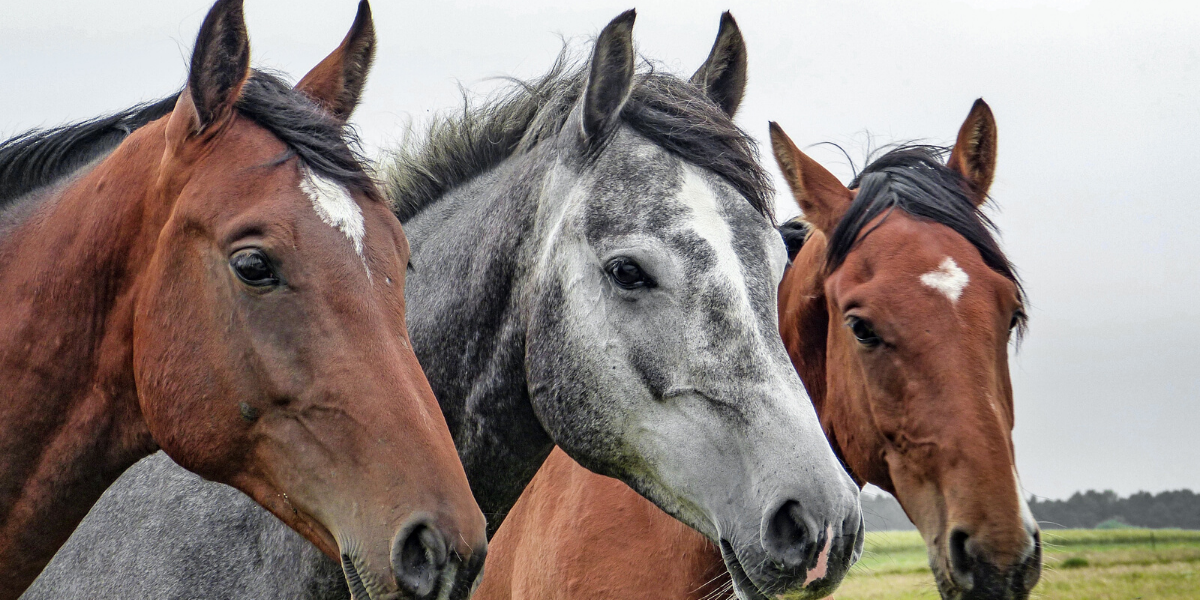 There is growing concern about the EHV outbreak in Southern England. We have the following advice and information from Dr Ben Mayes MA VetMB MRCVS.

EHV-1 is the commonest equine herpes virus (here are at least four) . Each mammalian species has its own brand of herpes virus and there is no cross over with respect to hosts. So humans have theirs, pigs have there’s and so on. EHV cannot effect humans.

EHV-1 is a very common equine respiratory disease. More common than Strangles! If a horse or a few horses, particularly young ones, have a few coughs and snots, different to bacterial “Strep” infections, it may well be EHV-1. By the time horses/ponies are aged three, 90% have antibodies against EHV-1, i.e. they are “seroconverted”, showing they have been exposed to EHV-1. Herpes viruses can lie dormant in the neurological system of their hosts and can recrudesce; often stress is a trigger.

If a herd of pregnant horses hasn’t been exposed to EHV-1 for a while and a new strain is introduced, it can cause an abortion “storm”, and most of the pregnant mares will abort. Vaccination can prevent this, at 5.7 and 9 months pregnancy.

Rarely, a new strain of EHV-1 can cause neurological symptoms than can progress to paralysis. The reasons of this are still unknown, but it seems to be the way the horse reacts to the virus and antibody/antigen complexes cause emboli affecting the spinal cord.

Paralysis in the horse cannot be supported for practical and welfare reasons and often these horses have to be destroyed. The neurological cases are sporadic and occur in clusters.

The current “outbreak” at Crofton Manor, a large livery yard and show centre on the south coast near Fareham in Hampshire, is the first time we have had a significant cluster  of neurological cases in the general horse population for some years. There have been such “outbreaks” in the thoroughbred industry, and, recently, several in France. It has been contained at Crofton Manor due to the admirable openness of the team there, and their vets, and those at Liphook Equine Hospital. All horses and ponies that have been to Crofton Manor in recent weeks have been asked to be tested – both a nasal swab to look for viral DNA and a blood test for serology (looking for antibodies). Detection of antibodies for EHV-1 is common, as it is a common virus, so a further sample a couple of weeks later to show a rising level of antibodies is required to prove positivity. Inevitably there will be positives, again as it is a common virus. The important thing is that there should be no more neurological cases.

Vaccination for EHV-1 and EHV-4 is available as a combined vaccine. Vaccination requires a booster at 4-6weeks then every six months. This reduces virus shedding, so it reduces the risk of a vaccinated horse bringing a new strain back to the yard, and, assuming at least 70% of the yard is vaccinated, reduces the severity of the disease in the yard. It does not prevent the neurological signs occurring and, indeed, it may even increase their likelihood if there has been recent exposure.

Whilst this “outbreak” is ongoing, then sensible equestrian activity should carry on, with only those yards near Crofton Manor, and yards where horses that had been to Crofton Manor recently are liveried , requiring isolation and enhanced biosecurity.

So, as time passes, there are no more neurological cases, and the social media calms down, I predict that competing and equestrian activity will return to normal. Only then, wiith the exception of pregnant mares, is it worth discussing with your own vet whether EHV -1,4 vaccination should be carried out. Meantime, normal biosecurity measures should apply, both for new horses coming to your yard, and for people coming to your yard from handling horses.