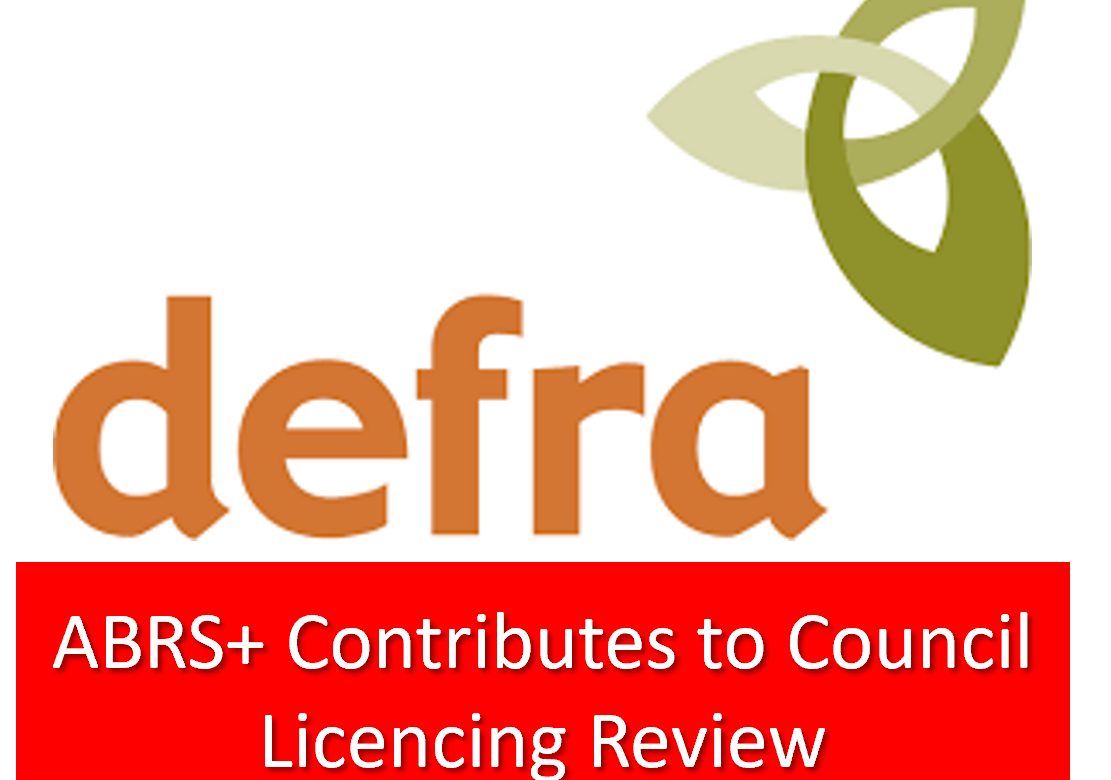 The ABRS met with DEFRA to discuss the Post Implementation Review (PIR) of the Animal Welfare Act and to put forward member views so that these can be considered as a part of the PIR.

What is a PIR?

A PIR is a process to review a regulation or policy decision after it has been implemented and operational for a period of time.  A PIR should assess: if the objectives of the regulation (e.g to improve animal welfare by bringing five animal activities licensing schemes in line with the requirements of the Animal Welfare Act 2006) have been achieved; if the objectives are still relevant; and, if they could be achieved in a less burdensome way.

A PIR is a process that leads to a policy decision. It should inform decisions about the next steps with a regulation which are:

DEFRA are currently gathering evidence from interested organisation.  The conducted an on-line survey (not a formal consultation) from 30th  September – 11th November 2022.   There were 130 usable responses to the Hiring out Horses survey.  Respondents include individual riding schools, sector groups, local authorities and vets.  A data snapshot from the survey includes:

This demonstrates the mix of responses that the survey has received.

Some of the topics raised by the survey include:

The timelines for completing the PIR are as follows: