Use of Covered Arenas 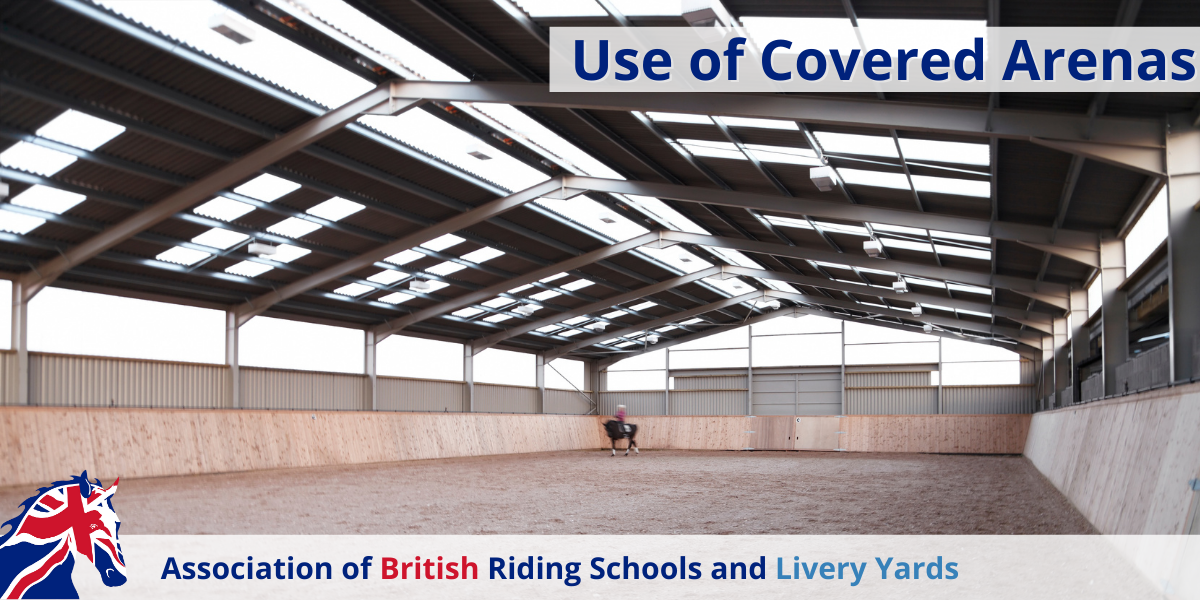 The issue of the use of covered arena by riding schools in England was raised before the most recent lockdown with Sport England and, through them, to DCMS.

Earlier last year wording was included in guidelines and displayed on the @gov.uk website specifically stating that ‘covered outdoor arenas are often referred to as ‘indoors’ by equestrians, but can be considered outdoors for the purposes of this guidance’. By nature of the space and ventilation within equestrian covered arena, DCMS were happy with this. At some point, the website was updated and this guidance no longer appeared. This led to some questions around whether the guidance had been withdrawn.

British Equestrian has discussed the matter further with Sport England this week, who believe the guidance is still valid. Although the wording no longer appeared on the website, but they believe this was part of an overhaul of the page, rather than DCMS repealing the guidance.

However, since the original guidance, ventilation guidelines have been issued which should be considered when determining whether a covered arena can be considered as suitable. The associated regulations can be found at Para 5 of the following web link: https://www.gov.uk/guidance/working-safely-during-coronavirus-covid-19/providers-of-grassroots-sport-and-gym-leisure-facilities

For a covered arena to be considered as ‘safe’, it should not exceed the permitted occupancy criteria – this is 100 sqft per person. To put this in context, a 20m x 40m arena is 800 sqm or 8600 sqft. Thus, in theory, a standard arena could have 86 people in this space! Turning to ventilation, the regulations require that you increase ventilation as much as possible. For covered arena, this should include the opening of doors and windows to encourage the flow of air.

We recognise the Council Licensing Officers have differing views on this issue. We recommend that you prepare a risk assessment for the use of covered arena that limits numbers to well below the permitted occupancy levels and includes measures to ensure good ventilation. If you have issues with your Licensing Officer, we recommend that you point them to the Guidance.

As a note of caution, Sport England has asked DCMS for clarification (covering all indoor sporting facilities) which may result in a change in the guidance (with an inadvertent impact of equestrian arena). We are seeking to guard against this and will advise if the regulations change.